Later this year at the Buxton (9, 10, 11 and 19 July) and Edinburgh Festivals, the merrily macabre Sylvia Sceptre will be presenting Phantasmagorical, a show of spooky mindreading and Victorian Spirit Theatre. We are delighted to say that she will be previewing her show exclusively at Sheffield’s Magick Lounge on Friday 6 July at 8 pm.

This is as close as you will get to experiencing the thrills of the Golden Age of Spiritualism. You will witness a supernatural spectacle of stories and magic, swirling with dark whimsy. Sylvia Sceptre is a character devised by Careena Fenton. She blends storytelling, drama and magic ensuring this powerful piece of theatre resonates in the minds of the audience long after the performance is over.

Doors open at 7:30. The show will last approximatly 60 minutes. Admission free to all lovers of fine magick! It’s the first of February. Pinch your copy of our latest Second Hand Books list and you’ll punch the air in delight. Thousands of books, including rare and out of print titles, for our discerning customers as well as Magic Cafe members and others.

“Britain’s Got Talent?” Jim harrumphed. “Not on this showing. Someone should report them to Trade Descriptions. I reckon if we got our old act together we’d sweep the board.”

With a toss of her curlers Gladys retorted, “Our old act? We’ve not had a booking for that for five years. You’re not getting me in those lurex tights again. And the ostrich feathers don’t half tickle. Why don’t you work on a new act instead of sitting there dreaming of past glories at the Attercliffe Non-Political. You could shave your head, grow a beard and do a mental act. Or how about close-up magic? I hear there’s money in that these days.”

Jim recoiled, cut to the quick by such unwarranted assertions. “I’m cut to the quick by your unwarranted assertions, Glad,” he replied. “I could still hop a table with the best of them if I wanted to. Does this mean nothing to you?” he said with an expansive guesture towards a yellowing diploma on the wall, scattering caution and a handful of bent Bicycles to the wind.

Replacing the antimacasser crumpled by his exertions, Gladys remarked mildly, “Runner-up in the Brimington and Stavely All-Comers International Close-Up Competition…” she paused theatrically, “1978. I still think we need a new act. At least most magic acts these days have made it into the ’80s, or even the early ’90s. You’re still stuck in the mid ’70s.”

“But that’ll mean research, and practice, and buying new stuff. And where am I going to find a trustworthy, intelligent, patient, knowledgeable magic dealer with a wide range of new and second-hand magic at incredibly keen prices?” said Jim thoughtfully, stroking his stubble.

“Magick in Sheffield, of course,” replied Gladys. “Russell’s been in business over 40 years.”

“Good grief,” Jim expostulated, “He certainly must be patient… 40 years, eh. Not sure about intelligent though.”

“And he’s starting up a brand new mailing list with all the latest news and special offers. Let’s get our name down now!” said Gladys, grasping Jim’s laptop.

It’s that time of year again!

A few weeks ago we were all making our New Year magical resolutions… to finish work on the new act (or the old act, come to that)… to read those books we bought in a fit of enthusiasm and are still sitting on the shelf, pristine and unopened… to learn those new tricks which looked great on the pretty packet or the rapid-cut, effects-heavy video with really exciting music…

We’ve all been there. But now January is drawing to a turgid close and the cold, damp weather has brought with it a dose of cold, damp reality. Let’s face it, you’re not going to use half of that stuff you’ve bought. In fact I bet that tattooed hairy/bald (delete where inapplicable) trendy hipster in the promo video probably doesn’t use them any more either. If he’s working at all he’ll be doing the ambitious card, flying ring and card on ceiling like everybody else.

Be prompt; lots will be sold in arrival order. All items must be in working order with instructions where appropriate.

And don’t forget to bring your wallet so you can snap up some bargains. They need a kind and loving home.

Doors open at 7:00. And I’ll be taking bids from 7:30 onwards. If you’re bring items for auction we strongly suggest that you bring a list. Ten percent of the proceeds go to Circle funds.

Admission is free to SCM members. Visiting magicians £4. I’m looking forward to seeing rows of eager, smiling faces as usual. And your wallets.

Turkey induced post-prandial somnolence? Here’s a little something to help you engage your brain if you’re feeling the effects of Christmas over-indulgence. Yes, it’s the annual Sheffield Circle of Magicians Christmas Quiz, presented as usual during the SCM Christmas Social earlier this month.

Congratulations to Chris Clarke who won the Magick book voucher with seven perfectly correct answers out of ten. Can you beat his score? Now’s your chance to try. (No reference books or Google, please.)

1. What magic word was formerly inscribed on pendants worn around the neck as protection from illness and evil?

2. Who invented the Zig Zag Girl?

3. Who was the Canadian ‘professor’ who was often billed as “The Man Who Fooled Houdini”.

4. What is the connection between Charles Dickens and the disappearance of the Statue of Liberty?

5. One of Harry Houdini’s most popular escapes involved him hanging upside down from a rope while bound in a straitjacket. Which Sheffield magician invented this presentation?

6. Balducci, and Asrah are both types of which commonly seen magic effect?

7. For whom did Thomas Edison design and build the famous “Floating Light Bulb” illusion?

8. In card magic, what does ATFUS stand for?

9. In this illusion the magician makes his assistant vanish from a four-compartment box after apparently penetrating her with several large blades. Clue: Its name references an early American civilisation.

10. Once part of a magic duo, The Eldanis, with an act set to rock ’n’ roll music in which they both dressed in lurex, this magician went on to find fame as a solo artist. 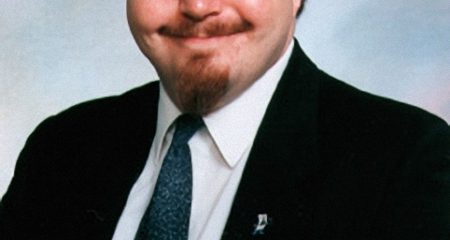 You won’t want to miss The Jim Krenz Lecture: Magical Musings of a Man of Mystery at The Magick Lounge next Thursday.

Jim has been interested in magic since he received the traditional magic set as a young child. He regrets wasting the first four years of his life by not beginning his magic studies until he was five years old.

Later he spent 15 years working for Jay and Frances Marshall at Magic Inc. He regularly performed close-up at Schulien’s Restaurant in Chicago. In 1993, he won the Most Valuable Participant award at the prestigious FFFF convention. He has created over three dozen original effects and techniques, and has lectured about them in nine countries. Jim has studied with Ed Marlo, Jim Ryan, Tony Andruzzi, Don Alan, Eugene Burger, Slydini, Tommy Wonder and Juan Tamariz.

“Dude who fooled me the most with cards: In 1991, it was Spain’s Juan Tamariz; In 1992, it was Sweden’s Lennart Green; In 1993, it was Chicago Conjurer Jim Krenz.” Dan Garrett (from M.U.M. — the national publication of the Society of American Magicians)

Focusing on close-up magic, Jim will teach his hands-off cards across (wherein the magician legitimately never touches the cards), his torn and restored card (called Ripper, described by Juan Tamariz as his favorite torn and restored card), his invisible triumph (this fools everyone!) and his version of wild card, which features his impossible card case load (called Imp-Load) — which is performed under the direct observation of the audience.

Interspersed throughout the lecture are Jim’s theories on creating and performing magic. Topics include participants preferred, making magic matter, the practice of practice and crafting creativity.

Also featured are his coins across (using his “one-behind principle”), his oil and water (NeoMix), Coincidencia (a coincidence routine with genuinely shuffled cards) and his handling of John Cornelius’ Pen Through Anything, which elevates the routine to the status of a miracle.

After reviewing a number of other prominent close-up magicians (including Chuck Fayne, Bill Goldman and Eugene Burger) who performed at the National Society of Magicians Convention in 1994: “Jim Krenz was my personal favorite due to his very likable character and absolutely astounding card work. He brought the house down with his signed cards routine.” Erika Larsen (from Genii — the International Conjurors’ Magazine)

Jim is a regular participant in Las Journadas de el Escorial in Spain. This is a gathering of magicians who, once a year, discuss and analyze a particular effect (or author) in magic. Some of the attendees include Ascanio, Bernard Bilis, Magic Christian, Roberto Giobbi and Juan Tamariz.

Jim will have techniques and effects for all tastes. There will be easy stuff, hard stuff, and innovative stuff. Jim has been working on these routines for a long time. (Some are over ten years old.)

“Jim Krenz is a treasure trove of ideas and a powerhouse of innovation. Check out his online store and support a true innovator — an ‘inside guy’ who’s sharing some brilliant ideas.” R. Paul Wilson

His lecture contains his original ideas, theories, routines and improvements in close-up magic.

“When I was a child I was fascinated with the magical emotion that I felt upon watching magicians. I could not comprehend anything — what I would see was impossible; now I love to feel this emotion. It does not occur very often. Normally, I can see behind the curtain — I see the ‘hidden’ secrets and the mechanics. But from time to time a magician performs a trick, or several tricks that seem impossible — and the magical emotion returns. This happens to me with Jim Krenz (how wonderful!). For this, thank you Jim!” Juan Tamariz

Jim Krenz’s lecture promises to be another thoroughly entertaining and enlightening event. It starts at 7:30 pm on Thursday 2 November at The Magick Lounge, 82 Broad Street, Sheffield, S2 5TG. Doors thrown open within seconds of 7:00 pm to all actual and would-be exponents of fine magic. Those over 60 get first choice of the comfy seats. Admission is £5 to Sheffield Circle members, £10 to visiting magicians, under 16s half price. You really don’t want to miss this as much or if not more than our previous star lectures!

A Covid 19 Update from Magick